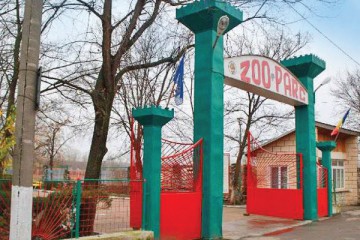 Founded in 1980 on June 1, Gheroghe Tatavura originally had some mammals, wild and domestic, and the personal collection of exotic birds soon became one of the largest zoos in the country. In 1985, following a flood due to an unfinished dike, most of the animals died drowned. By creating close links with other zoos outside the country, the zoo in Calarasi reaches in 1990 to own unique animals in Romania and is the only zoo in Romania that reproduces exotic animals such as the Siberian tiger, the jaguar or the ostrich emu. Some of these animals have either exported to other zoos or to the Globus Circus. The most recent zoo building is Aquaterrarium with a collection of exotic fish and various reptiles.

The museum was established in 1951 and over the years it has had several administrative periods. It was originally an archaeological museum in Călăraşi due to the efforts of intellectuals from the city, who discovered several archaeological sites, so that in 1968 it became part of the Ialomiţa County Museum of Archeology, because in 1981 this section became the Calarasi County Museum and 1990 to be renamed the Lower Danube Museum. In 2003, the archeology department will be re-established, to which researchers from other museums in the country have contributed. The museum owns over 40,000 pieces.

Statue of King Carol I

His Majesty King Michael I of Romania took part in the unveiling of the statue.

The ruins of the Byzantine fortress Vicina

It is the second largest site after Sarmizegetusa, located on the island of Păcâiul lui Soare, and is mostly immersed in the Danube, the costs for restoration being very high. It is one of the main attractions of Calarasi county.

The content of this website does not necessarily represent the official position of the European Union. The initiators of the site are the sole responsibles for the information provided through the site.
www.interregrobg.eu